I AM SHAWN HEISEY

A network, security and server administrator with more than 20 years of experience in the information technology industry, with particular emphasis on Linux/UNIX, Search, and Cisco.

I build monitored and redundant infrastructure that reduce this problem. The goal is zero unscheduled downtime.

TROUBLESHOOTING IS AN ART FORM

I learn new systems very readily and I am particularly good at finding and fixing problems. Good troubleshooting techniques are not easy to teach. I already know how to do it effectively.

I am happy to be a team player and proud of my affiliation with the open source community.

I am a Systems Administrator based in the Salt Lake City area. I enjoy solving complex problems by creating reliable, cost effective system designs. 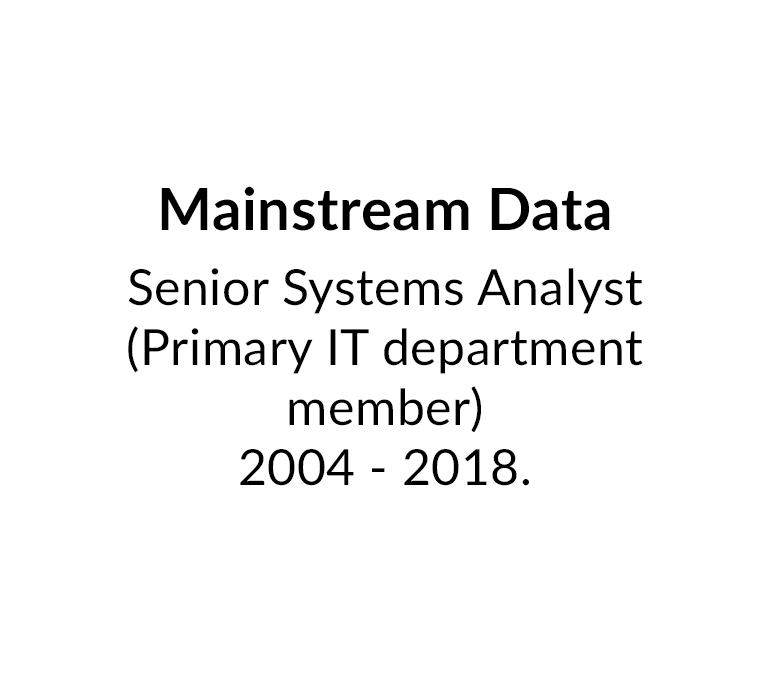 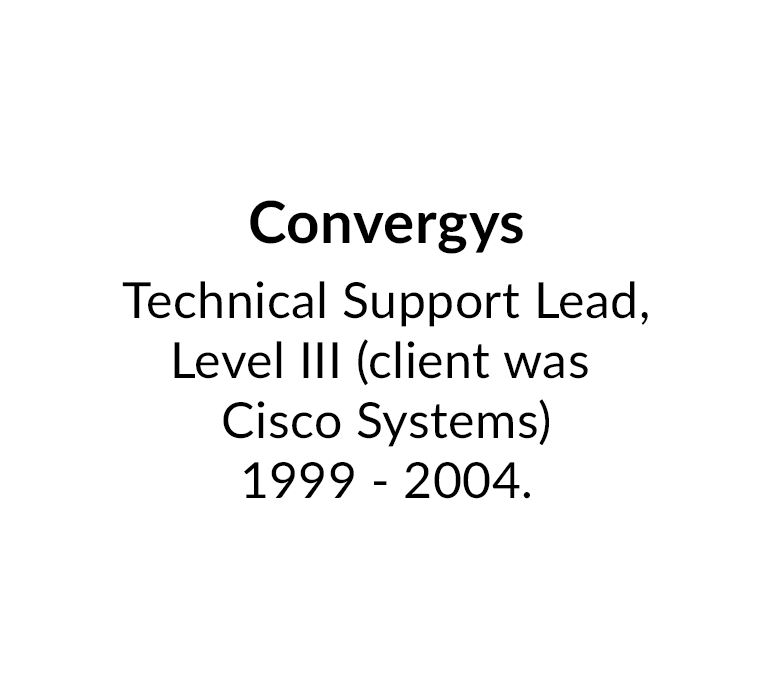 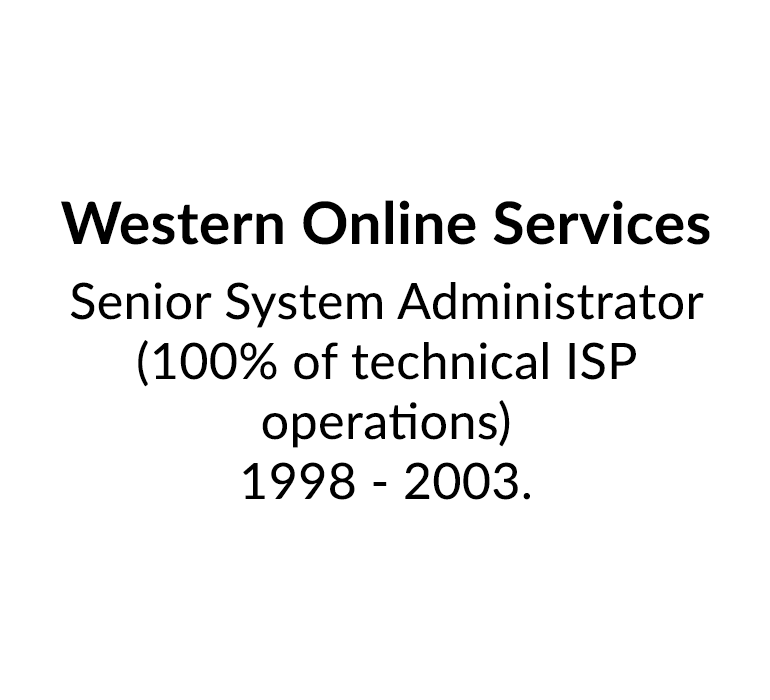 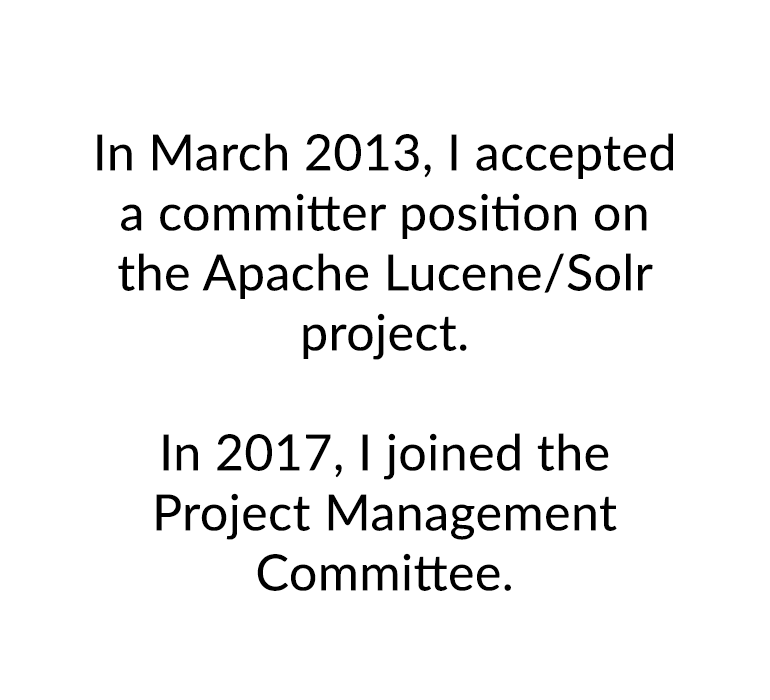 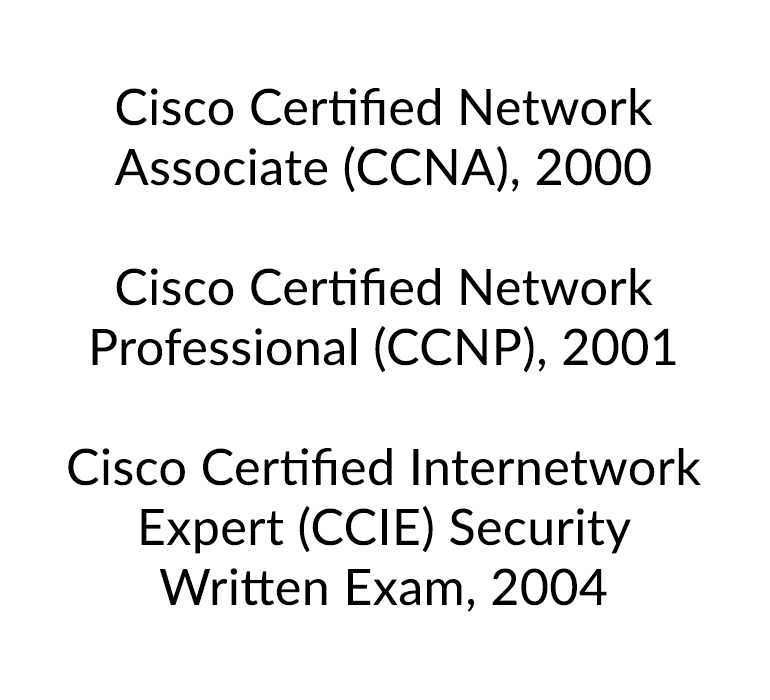 - During the 14 years I was their systems administrator I handled every aspect of their networks, security and systems from build and installations to regular maintenance. As the needs of the company expanded, I recommended infrastructure solutions and software changes.
- By switching from commercial software to open source, I was able to save the company more than half a million dollars in up front costs as well as hundreds of thousands for upgrades, monitoring and maintenance over time.
- Mainstream was a small company without the budget to hire more full time IT staff, so I implemented extensive monitoring of systems and network hardware so that problems were caught right away, day or night. I was also on call 24/7 to handle anything that needed immediate attention.
- I screened bids for equipment and handled all aspects of building a robust new hardware system with considerably more storage and a more fault tolerant configuration. Because I implemented redundancies and increased monitoring, the migration to the new system was able to proceed with no down time.
- I feel that continuing education is an absolute necessity for any Systems Administrator. My own interest in staying current and building valuable IT contacts gave me an opportunity to host an OpenNMS training session at the company's offices resulting in free education for me. I've been able to stay current and meet the needs of this company over the years by seeking out new information and by expecting constant improvement in myself.
- I was instrumental in the setup of multiple two-way satellite networks used for news media and digital cinema distribution. At one point it became necessary to migrate 2000 sites from one satellite to another. Once again, these migrations were handled with no down time.

I spent most of my 5 years at Convergys as the technical lead for a team of a dozen security engineers. My team acted as post sales customer support for Cisco Systems. This position included handling training, documentation, and escalations, especially for problematic or high-value customers. When receiving trouble tickets the goal is, of course, to make contact with that client as quickly as possible asking for additional clarification and letting them know the issue was being resolved. With that goal in mind I was able to help improve the response time of my team by creating an audio alert system.
- When my team was relocated to a more cost effective call center, I spent 2 weeks in India getting the new employees up to speed. Although the team moved, I remained their lead and worked remotely to continue improving the speed and efficiency of the employees.

- I came onboard after the transition from a local BBS to an Internet Service Provider. I rebuilt most services to be more resilient and expanded the business to include a datacenter for customers.

Shawn has the rare ability to understand complex and diverse systems and technologies and to see the hidden threads that connect them. His ability to architect, build, diagnose, and troubleshoot advanced technologies is shockingly impressive and he is a tremendous asset to any project or company. For someone so talented in a technical field, he is surprisingly easy to talk to and can communicate complex ideas and concepts in a way regular people can understand. Shawn's hunches are better than many people's facts. I emphatically recommend Shawn for any project, initiative, or company!

I have known Shawn Heisey since 1999, were we both worked for Convergys as technical support leads. I have been impressed by his ability to solve problems and create tools with computer systems.

In 2004 I recommended him for a position at a company that I was the Sr Network Engineer for as a Security / Network Engineer. We worked together for a little over a year from 2004 – 2005 during this time I was again reminded of his ability to troubleshoot and create tools for Unix / Linux systems as well as his ability to configure and maintain network equipment. I have stayed in touch with Shawn to an extent and his skills have continued to grow.

Shawn is an asset to any organization and can work independently or in a team to produce results that help in any environment he is in.

Every firm needs someone as adept and diverse as Shawn. His ability to resolve issues is second to none. I've always considered Shawn to be one of our best assets.

Shawn was a valued colleague and incredible technical asset to our team, going to great lengths to help educate coworkers and serve our customers.